My husband and I visited the Fort Custer National Cemetery today.  We were impressed by the entrance to the cemetery.  All along the main road were rows and rows of flags. 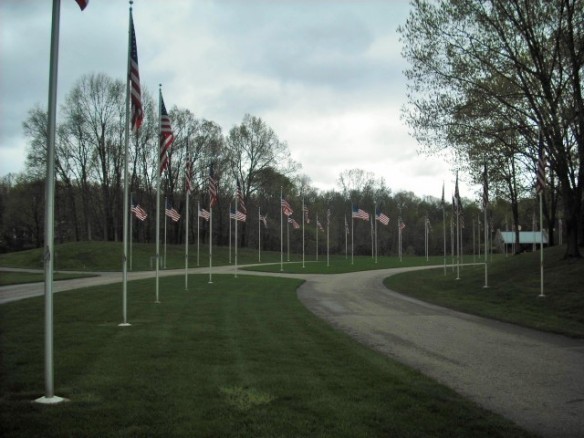 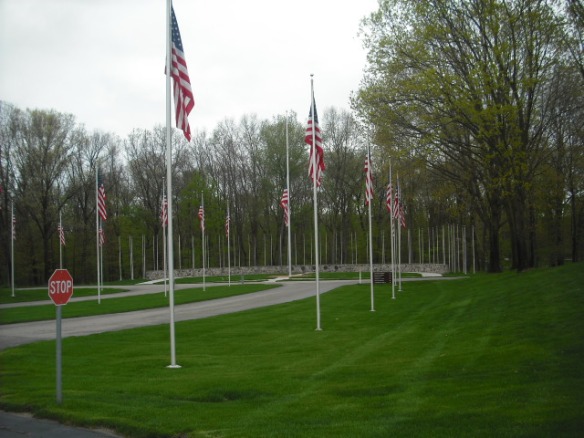 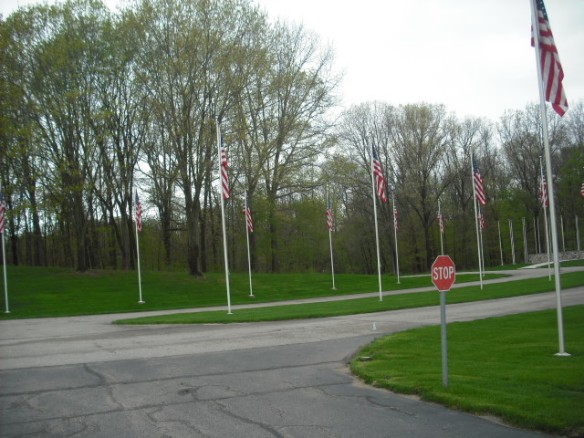 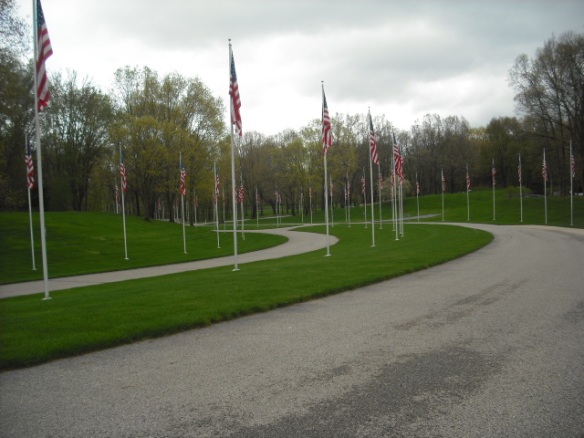 This Avenue of Flags was dedicated May 26, 1986. It is composed of 152 flagpoles located along the main road, and an additional 50 flagpoles arranged in a semi-circle at the head of the thoroughfare.  These flags are displayed from Easter through Veterans Day with 50 flags from the 50 different states are flown on special occasions.

Named after General George Armstrong Custer, a native of the state of Michigan, Camp Custer was built in 1917.  In response to mobilization for World War I 2,000 buildings were built to accommodate some 36,000 men.  After the end of the war, the camp was  transferred to the Veterans Bureau.  The Battle Creek Veterans Hospital was completed in 1924.

In 1943 Fort Custer Post Cemetery was established with the first burial.  Army rules at that time required officers and enlisted men to be buried in separate sections.  Today you will find Section A filled with graves of enlisted servicemen and in Section O the graves of officers.  Today there is no separation.

During World War II more than 5,000 German prisoners of war were held at the Fort.  The POW’s were used to supply farm labor because of a shortage of workers due to the war.  After the Germans departed back to their country, 26 Germans were left behind, buried in the Fort cemetery.  Sixteen were killed in a car accident and the others died from natural causes. 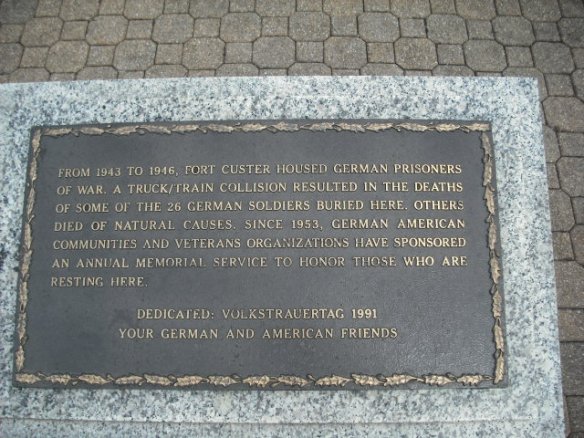 Every year on Volkstrauertag, which occurs in November, the cemetery hosts a ceremony of remembrance for these 26 German soldiers.  Volkstrauertag is a day of mourning for Germans and honors their war veterans. 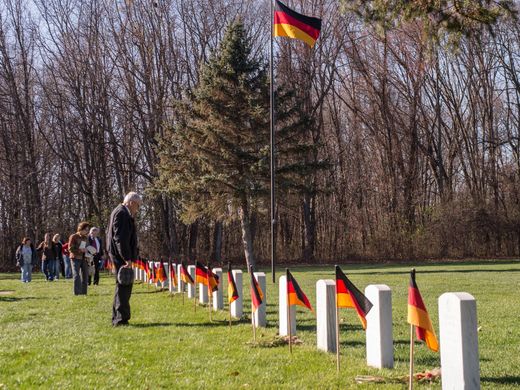 In accordance with this Act, Congress created Fort Custer National Cemetery in September 1981.  The Fort Customer Military Reservation and the VA Medical Center all donated land for the cemetery.

We found the arrangement of the graves here different from any other national cemetery we have visited.  Instead of long row after row of white tombstones stretching out one after another, this cemetery is filled with areas of trees with sections of graves in between these groups of trees.  With the tombstones flat with the ground, it was almost like driving through a park with areas of trees and then open beautiful green grass areas.

A place of history, a place of honor, a beautiful place.