Today is a happy day for me!

Today I am exploring the western side of Michigan along Lake Michigan.  We have a hotel in the middle between Ludington and Traverse City Michigan.  What a beautiful area!  The lake, rivers, sand dunes, beaches, quaint shops and restaurants!

My heart rejoices because we are celebrating 35 years of marriage.

What a great love story we have.

Although Paul knew in his heart that I was the answer to his prayer, he still was nervous about asking me to marry them.  We both had two children (Paul had four but the two oldest were already grown adults and on their own) – three of whom were teenagers.  Blended families could be a difficult thing.  I think he was also afraid of rejection as his first wife had walked away from their marriage after 20+ years.

So he had to build up his courage.

He took me on a picnic to Pere Marquette Park in Grafton Illinois.  Several times that day he hinted at a more serious relationship, then before I could reply, he backed away.

A few weeks later he brought me a bouquet of flowers and took me to a nice restaurant.  All evening I kept thinking he would now talk about a deeper commitment between us.  But nothing happened.  The next night he showed up again with another bouquet of flowers and again took me out to a nice restaurant.  Again, I waited all through dinner for a more serious conversation – but nothing happened.

My thoughts were that this relationship was going nowhere fast.

But when we got to my apartment he asked if we could sit in the car and talk for awhile.  What a surprise!  He not only asked to take our relationship to a more serious level, he asked me to marry them.

During the 20 minutes or so this conversation took, our children who were inside my apartment kept turning the porch light on and off.  Believe me you have not courted until you do with four kids watching your every move!

So we were married. 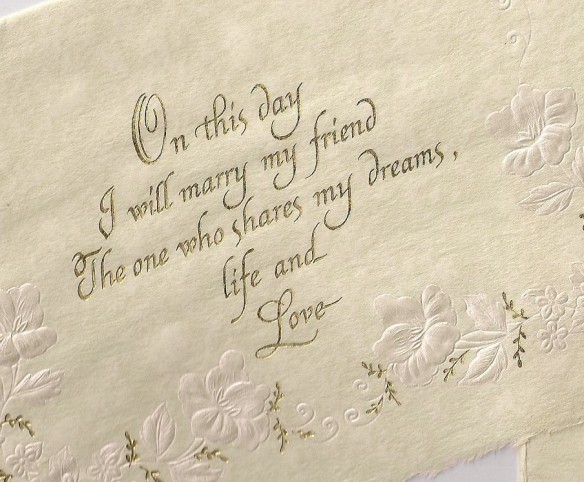 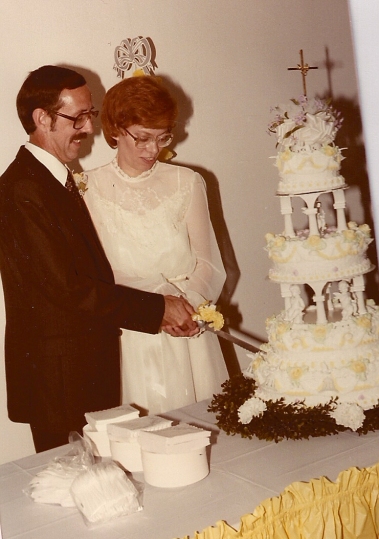 Since we both believed that God had brought us together – both as a couple and as a family, we wanted to emphasize that God would be the foundation of our new family right from the start.

After we said our vows, we had our children join us and we took communion together as a family.

Was it easy blending two families together?  No!  There were difficult moments.  Paul and I each had different parenting styles.  I had two girls, but I had no idea what to do with a son – and a teenage son at that.

But we stuck with each other and God made us a family. 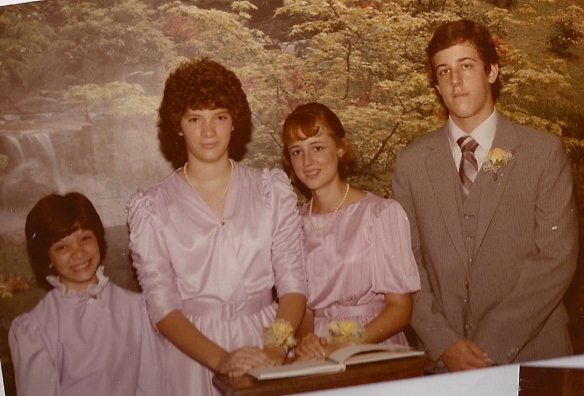 From this blended family we now have twenty grandchildren (three who are deceased) and nine great grandchildren.

Looking back over these past 35 years, my heart rejoices in the blessings God has given Paul and I.

For those of you who follow my blog, you can be sure I will be posting lots of pictures when I get back home of this beautiful area.

We started our journey together as friends.  He had a great sense of humor and was a  loving young man.  During the time his father and I were dating he would often come down to my house after school just to “hang out” with me and my daughters.  He loved to play board games, especially Monopoly.  I enjoyed his company and looked forward to being his mother.

Then I was married!

Suddenly I was a stepmother!  Spending a couple of hours three or four times a week with a young teenage boy is not the same as living with him 24/7.  Surprised and a little disappointed after a month under the same roof with this energetic male version of a teenager, I began to wonder if we could change our rule of “take me, take my kids!”

It wasn’t that I did not like the young man – it was just I did not know how to handle a teenage boy.  I know it is politically correct to say male and females are equal.  Equal – yes – the same – no.

How difficult is it to remember to take out the garbage?

It didn’t help that his father and I had totally different parenting styles.  My husband, Paul, was more “laid back” when it came to following the rules.  I was the “do it because I said to do it” kind of parent.

I assigned chores to both my girls and to Will, trying to be fair.  Wanting to be the “good” step-mother and win his love, I actually demanded less of him than I did my daughters.  One chore was to take out the garbage every week on the day of the garbage collection.  Week after week I would get so frustrated when I would discover after the kids went off to school he had not done that.  While taking the garbage cans out to the curb, I would mutter under my breath, “What is so hard about remembering this chore?”

When I would complain to his father – and his father to him – what would be his excuse?  “I forgot.”  Now beyond frustration – into full anger, I told his father there were ways to help him remember.  My suggestion:

Every time he “forgot,” he would have to give us the keys to the car he drove back and forth to school.  I assured my husband – a couple of weeks without the car, his memory would suddenly improve.

And miraculously it did!  We still laugh about this and a few years ago he called me to share that his son now seemed to have the same problem of forgetfulness. 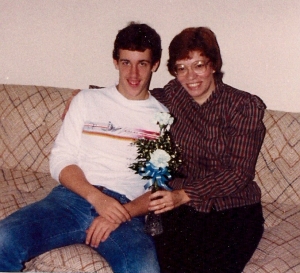 I would be so frustrated and angry – sure that he and I would never be mother and son.  Then, he would come into the room and tell me a joke (and I would have to laugh) or share a song he felt certain I would love (and I would) or just want to talk to me in a serious manner sharing his fears, his hopes and dreams – and I would begin to feel the love and affection a mother has for her son.

But you’re not really my mother!

I think it was very hard for him also.  His mother was still living although she shared no part in his life.  So – he struggled with his feelings for me.  He also started our relationship as friends but as time passed, he began to feel love for me also.  Torn between the love he was beginning to experience toward me and the fear he felt that he should not let me take the place of his mother in his heart, he vacillated between reaching out in love to me and pushing me away.

During all those times of shared experiences, it happened!  He became “my” son.  Slowly, without really realizing it, he was mine!  I enjoyed his company, his sense of humor which I came to realize was just like his father’s.  In fact, as I came to know both my husband and my son better, I realized that Will was so like his father.  Will shared so many of the fine qualities that had attracted me to my husband.

Watching him with his wife, his children, I was so proud of the young man he was. 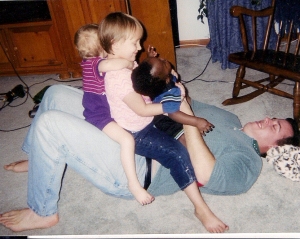 He loves me too!

And somewhere along the way, he realized it was okay to love me as his mother.  He made me so happy the day he told me his wife reminded him of me – that he had seen a lot of my qualities in her.  There could not be a great compliment!

Now we dance a new dance!

How thankful I am that Paul and I agreed – “Take me – take my kids!”   It took commitment from both Will and myself to change this stepmother/stepson relationship into mother/son.  Because we were willing to keep trying to make our relationship work, because we were committed to be a family, to forgive each other’s mistakes and be patient with each other, we now dance a dance of love!

When people who know this is a second marriage for me ask, “Whose son is Will?” I tell them “He’s OUR son!”

I’m so thankful I don’t have a stepson – I have a son!