After moving to Michigan in October we have tried to do some sightseeing.  However, cold weather is limiting that right now.  Last weekend we had a beautiful sunshiny day so we took off on another adventure.  We had no definite destination – just heading east and seeing what the day brought.

Our first stop was in Flint, Michigan.  While living in Illinois we had watched the news report of the water tragedy in that city.  The city water was full of lead which was poisoning the residents and there were legal battles over who was at fault.  Watching the news of that city and trying to imagine how you would function when you could not use the water in your own home, I never dreamt that I would some day visit the city.

But  I discovered there is a lot of interesting history in both the city of Flint and its county of Genesee.

The county’s name comes from Genesee County in the state of New York.  It means “beautiful valley.”  The county’s first white settler, Jacob Smith, opened a trading post on the Flint River in 1819.  In 1829 the federal government began building a military road connecting Detroit to Saginaw Bay.  Saginaw Bay is located in Lake Huron forming the space between Michigan’s Thumb region and the rest of the Lower Peninsula of Michigan.  The construction site where the wooden bridge was built over the Flint River became the city of Flint.

I have always associated the automobile industry with Detroit, but was surprised to find much of the history took place in Flint.  One of Flint’s citizens, Willam Durant, began building carriages.  His company, Durant-Dort, manufactured 50,000 vehicles annually.  As carriages began to give way to cars, he invested in the Buick Motor Company.  He had the vision of creating holding companies that would manufacture different lines of cars.  He joined with Louis Chevrolet and formed General Motors with a car designed by Chevrolet.  The city of Flint began rapidly growing with the automobile boom and was known as “Vehicle City.” 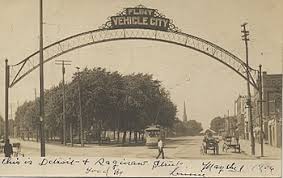 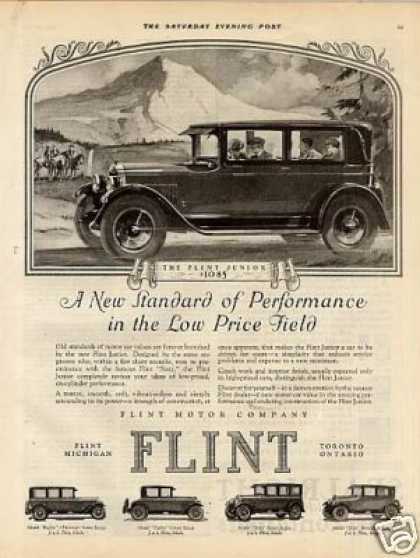 Sadly, the automotive industry in Flint has taken a big blow and the city does not have  the booming economy it once had.  Work continues on the water situation and the city just recently reported that:

Overall, to date, service lines to 7,831 homes have been identified as lead and/or galvanized and have been replaced, including 1,603 homes found this year. The efforts are a part of Mayor Karen Weaver’s plan to determine if water service lines are made of copper, and replace service lines made of lead and galvanized steel. Mayor Weaver is determined to restore safe, clean drinking water to Flint residents.

The goal is to have all of Flint’s lead-tainted service lines replaced by the end of 2019. More information about the FAST Start initiative can be found on the City of Flint website – http://www.cityofflint.com

Still, there are several areas of interest we want to check out.  One fast trip through did not give us much time.  We will have to come back to see: 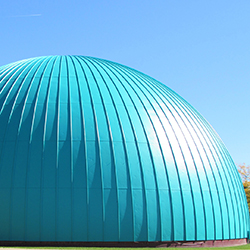 The Buick Gallery and Research Center

Oh you are wondering about my German Food Fix.  Well, after Flint we ventured on to Frankenmuth, Michigan a little town known as “Michigan’s Little Bavaria,” where I enjoyed a delicious German meal.