Continuing my posts on the old gospel songs we used to sing, today I remember the first song I ever performed in public.

As a young girl I took piano lessons and when my father, who was a minister, had speaking engagements he often would have me play and sing something before he spoke.  Although I was shy, I think this experience gave me confidence in appearing before an audience that helped me later as I became a speaker for women’s events and a pastor’s wife.

Just how good my voice and piano playing was remains open to question, but with my red hair in banana curls, I was a hit. 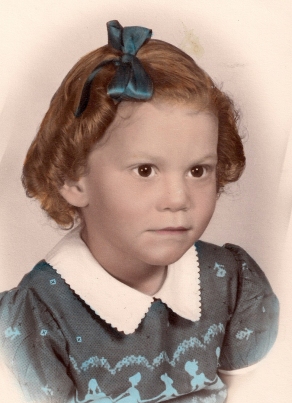 The first song I learned to play was an old song born in the slave fields of  the southern states.  Although the original author of the spiritual is unknown, it is acknowledged that the song arose from the oral tradition of songs passed from person to person and generation to generation among the plantations of the South.

Imagine being a slave and totally at the mercy of the slave owner.  What kind of life could it be when you were forced to work from dawn to sunset?  When you could be beaten or sold to another slave owner without a chance to even say goodbye to your family?   No promise of freedom – how easy it would be to despair of life.

But somewhere in that life of sorrow and pain many slaves found hope in God.  In spite of their circumstances they clung to the belief that God was in control and they found courage in that belief.

The song was first published in 1927 in the hymnal Spirituals Triumphant, Old and New.  Later it was introduced in the USA and became popular with the folk song crowd in the 30’s and 40’s.

Laurie London, a young British singer, released the song in 1957.  It quickly became #1 on the Billboard Hot 100.

Since then many artists have made recordings of the song, but perhaps one of the most famous (and my favorite)  is Mahalia Jackson’s version.

The verses have changed depending on who was singing the song but this verse was not in my version of the song.  ♥

As I grew up and became more proficient in my music, I left that song behind.  But recently as I have played for the residents of assisted living facilities and nursing homes, I have added it back to my selection of songs.

While they sit and listen to the songs I play – when I play this one I am guaranteed that many will join in with me and smiles will be in abundance.

Since I began singing this song again, I added my own verse for the senior citizens.

The heavens are telling of the glory of God; And their expanse is declaring the work of His hands.  Psalms 19:1

“Surely My hand founded the earth, And My right hand spread out the heavens.  Isaiah 48:13

But now, O LORD, You are our Father, We are the clay, and You our potter; And all of us are the work of Your hand.  Isaiah 64:8

Check out the other gospel songs I have written about here:

“My” Hymn – Great is Thy Faithfulness

3 thoughts on “My First Solo Performance”