On our last road trip of 2019 we headed to the top of the lower peninsula of Michigan to see the beautiful fall trees.

Just outside Traverse City we came across a beautiful little community with huge Victorian houses.  They were so picturesque we had to take time to drive through the community.  From the look of the houses I thought I was back in Charleston, South Carolina.  All the homes have large porches – and not just one porch.  These two-and three stories houses had porches on the second and third level.  I am a lover of porches and could not stop taking pictures of all the homes with these porches just inviting me to stop and sit awhile. 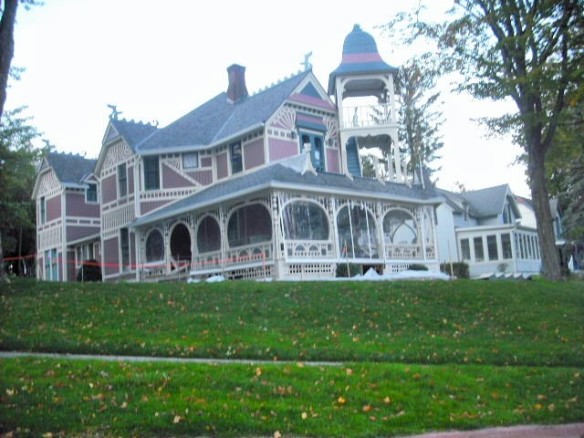 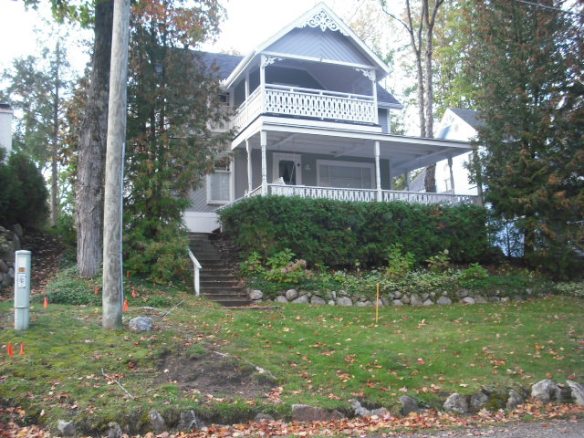 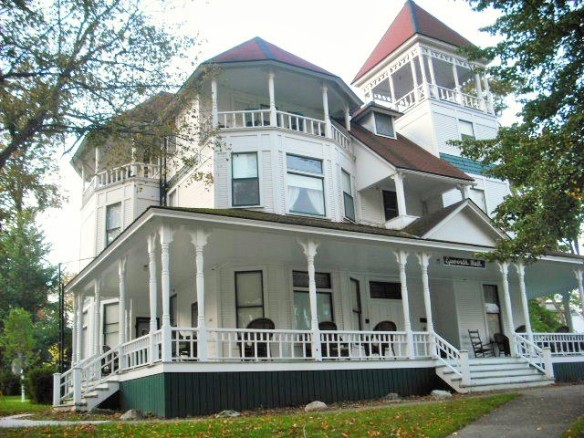 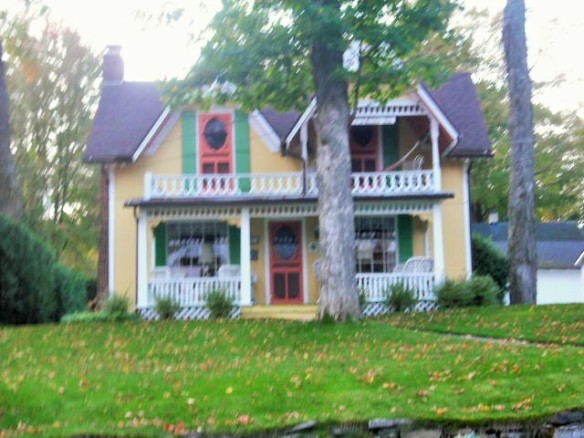 Driving through the streets and snapping pictures it appeared a lot of the homes were closed for the season.  The porches on many of the homes had heavy plastic covering the front.  Since the community sits directly across from the Little Traverse Bay I can only imagine the cold and snow they must get in the winter.

Fascinated by the community I did some research on my return home and discovered this community’s history goes back to the late 1800’s when it was founded by Michigan Methodists “for scientific and intellectual culture, and for the promotion of the Christian religion and morality.”

It began in 1875 as a camp-meeting where families would gather in the summer, pitch tents and enjoy revival services.  The first building erected on the grounds was the preaching stand.  Today it serves as the Bay View Historical Museum.  We saw the museum but it was closed for the season.  Slowly the area was developed with streets, parks and public area and simple cottages were built.  As time passed, the simple cottages became these beautiful Victorian homes.  At the same time the members of the Association organized a summer university, a home study program enrolling men and women across the nation, and became part of the Chautauqua movement.

In 1987 the National Park Service designated the Bay View area as an National Historic Landmark.

Associated with the Methodist Church it claims to be open to anyone and today has speakers from different denominations during its summer program.  The summer programs look very interesting and along with the speakers and musical events the Little Traverse Bay is just across the road with its beaches and beautiful sunsets. 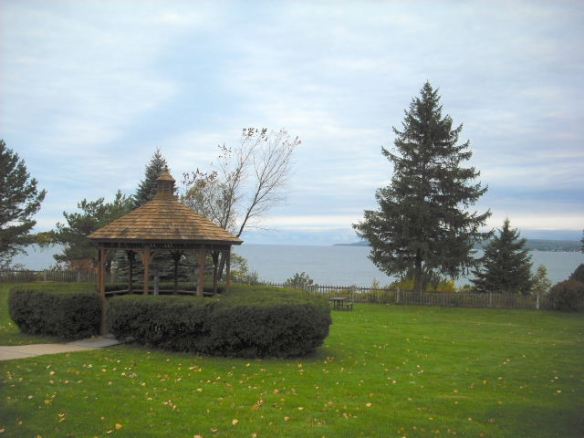 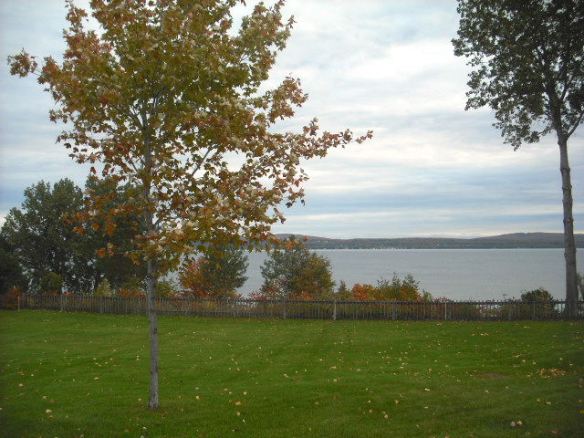 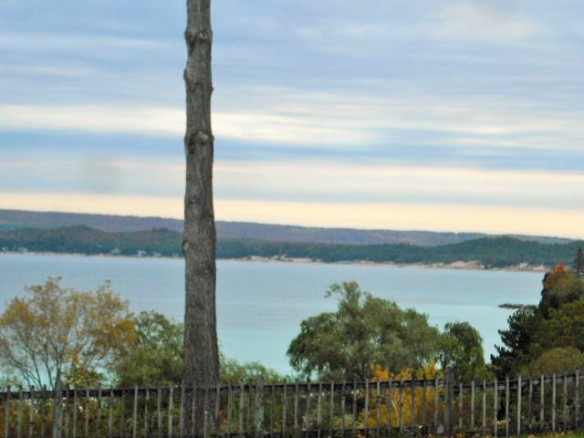 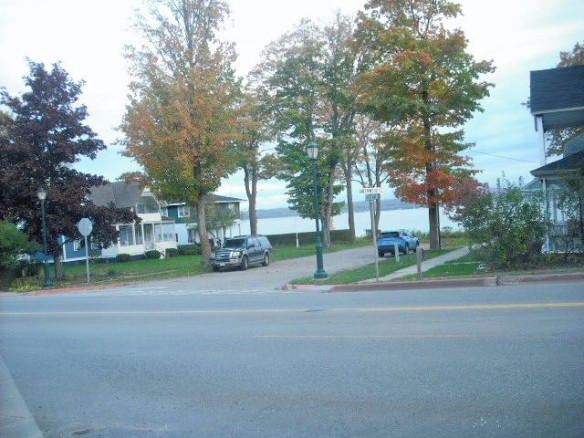 Disappointed that the area was basically closed for the season, we will definitely check it out come summer.  They have a beautiful inn, The Terrace Inn, built in 1910 that is now a Michigan Historical Landmark.   Their summer program runs from May through November.

This winter when we are hibernating from the snow and cold, we will make plans for a visit to this beautiful community where just maybe someone will invite me to sit on their porch.