Being a new resident of Michigan my husband and I have spent the summer exploring many of the small towns on the western side of the lower peninsula.  We have discovered some beautiful art galleries, unique antique stores and loved the beaches and lighthouses all along Michigan Lake.

It has been interesting to me to discover that many of my new friends who have lived in Michigan for years have never visited many of these places.

Funny how we will spend time and money to visit far away places while often ignoring what is in our own back yard.

Yesterday was a beautiful fall day and we wanted to get out and enjoy the day.  We wondered “Is there anything near our new home town that we have not bothered to check out?”

Yes – In a town just 20 miles from us we found a castle and some interesting history. 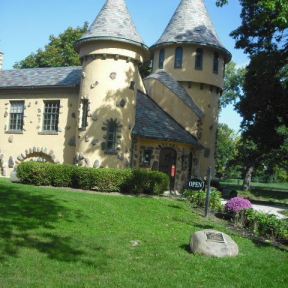 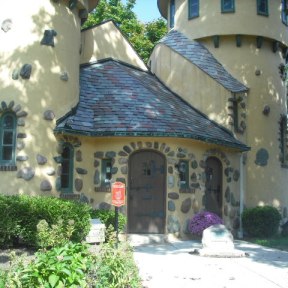 On the outside it looks like a castle from a fairy tale.  On closer inspection we discovered it was built in 1922 by writer James Oliver Curwood as a writing studio.  Overlooking the Shiawassee River Curwood composed many of his novels here.  The castle was not meant to be a home.  This was  Curwood’s “man-cave.”

It was easy to see why Curwood built his castle here by the river.  It is a beautiful, peaceful place.  After visiting the castle, we enjoyed the walk by the river and shared the view with some friendly ducks. 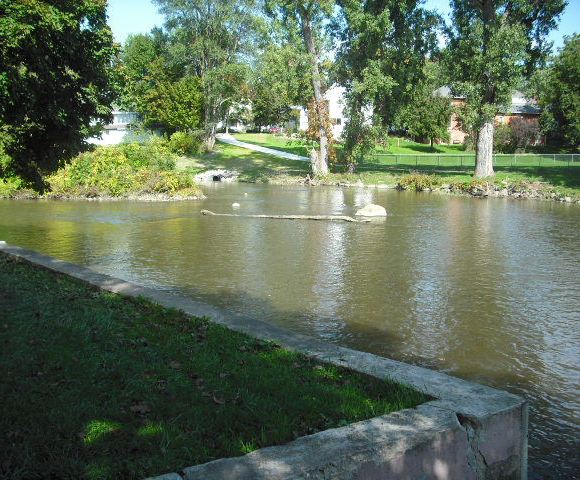 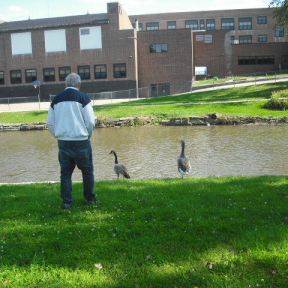 This writer who was ranked among the top-ten best sellers in the United States during the early 1920’s was born in Oswosso Michigan.  His novels and short stories and the movie scripts based on his writings made him a millionaire.

Curwood loved the wilds of Canada and was an enthusiastic hunter for many years collecting trophies which he hung in his castle.   Spared by a bear he had shot and wounded, but not killed, he became an advocate of environmental conservation and education.  Shortly before his death in 1927 he was appointed to the Michigan Conservation Commission.

His books were based on his experiences in Canada.  Hundreds of movies have been based on or inspired by Curwood’s stories, including the 1934 movie “The Trail Beyond,” which starred John Wayne.

Only four years after he finished building his castle, he died of blood poisoning.  At the time of his death, he was the highest paid writer in the world according to the Curwood Castle’s curator.

The City of Owosso celebrates Curwood’s birth each year with a festival.  The event is a weekend long celebration centered around Curwood Castle.   They also hold a writing contest for young authors.

All summer we have traveled 50 to 200 miles to see the sights of western Michigan while totally ignoring this beautiful spot and this bit of history right in our own back yard.

I wonder, do you also travel far from home to visit historical and/or beautiful places while driving right by treasures in your own back yard?

5 thoughts on “In My Own Backyard”