This week my husband and I traded in our flip phones for a smart phone.  I have resisted doing this for some time.  It’s not that I am not computer savvy – but I must confess as I age and as the technology keeps making leaps and bounds, I fear that I will never keep up with it all

I learned to type on a Remington manual typewriter.  The only place you will see one of those now is in an antique shop. 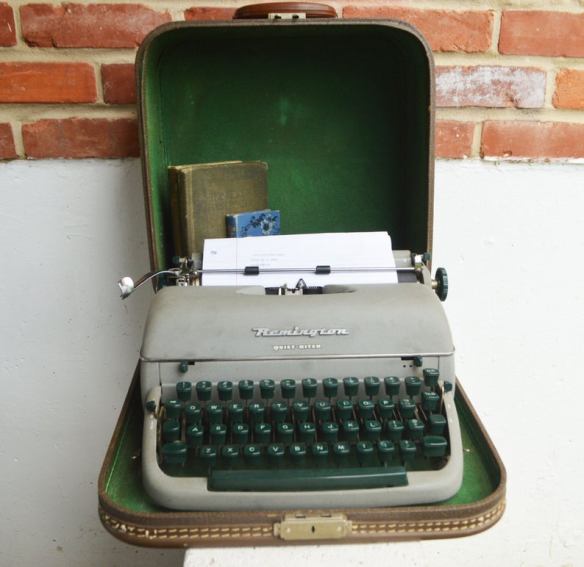 Excitement ran high when we found out we would get electric typewriters to use in our senior year of school.

During my senior year they also offered a course on computers.  That class consisted of reading about the history and concept of computers.  We heard about the mathematics professor Charles Babbage who designed the Analytical Engine.  This became the basis of today’s computers.  But there were no computers for us to use.  At that time the only ones with computers were banks and large commercial firms.  The idea that someone might have a personal computer at home sounded like science fiction to the average American.

The last week of the class we visited a local bank to see their computer.  It was a huge machine in a room that had to be kept at a certain temperature. 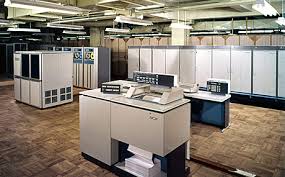 Data was fed into the computer inserting punch cards into the machine.

Every time I remember that big computer and realize the smart phone my daughter holds in her hand can do so much more than that huge machine could do, I am still amazed at the progress in technology made in my lifetime.

After graduating my first job was as a bookkeeper at a local bank.  Checking accounts were divided between three bookkeepers.  I was responsible for all customers whose last names started J to P.  Every check and every deposit these customers made was posted by me using the Burroughs data processor.  Each customer had a statement that we posted debits and credits on throughout the month.  At the end of the month we printed out the statements, gathered all the checks and deposit slips and mailed them to the customers.   We had to memorize the signature of our customers and before posting any check we examined it to make sure it was signed by our customer.  If we had any doubt we would pull out their signature card and make a comparison.  If still in doubt we would give the customer a call to confirm they had written the check. 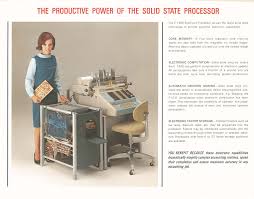 Finally, at age 36 I used my first computer.  Starting a job as a legal secretary for a junior partner in a law firm, I was told the firm had just switched out their electric typewriters to word processors about six months before.  Having no experience with word processors I came in on a Saturday morning and spent about 30 minutes with the secretary I was replacing to learn how to use the processor.  Monday morning I was off – secretary to a very busy upcoming lawyer using a word processor with no experience as either a legal secretary or with a word processor.  Needless to say, it was a BIG learning experience.  Thankfully I am a fast learner and the job became my favorite in my work career.

Since that time there has continued to be new and exciting milestones for me in this rapidly changing technology world.

While I struggle to stay on top of all these changes – and I think I do pretty good for a woman in her 70’s – I fear the day it all gets more than I can do.

But, if and when that happens, I have my own little computer expert, my granddaughter Zoe.  When she was only four years old she sat by her Papa as he opened up children’s songs on YouTube and showed her the videos.  She kept trying to reach over and touch the keyboard and he kept telling her to stop.  Finally, she managed to get around his hands and reach the keyboard.  To his surprise she touched a key that opened up the tiny window showing the song to a full screen picture!  Then and there he realized this four-year-old was probably much more computer savvy than he was. 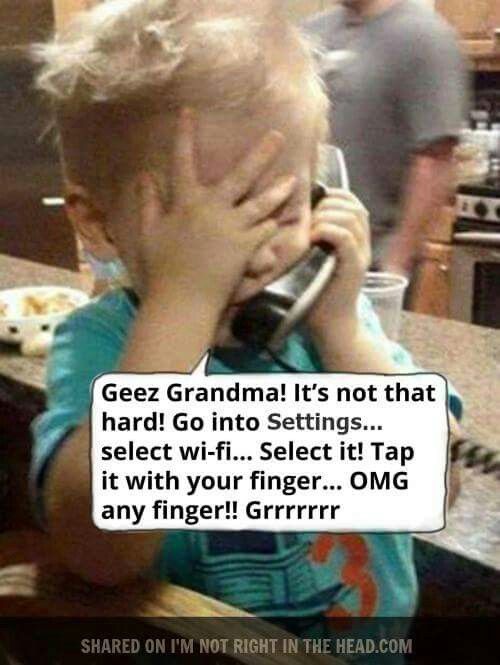 8 thoughts on “From Flip Phone to Smart Phone”