This past week my husband spoke to the residents of the Teen Challenge Center in Saginaw, Michigan.

This is not the first interaction we have had with this organization.

Our first experience with Teen Challenge occurred in 1985 in New York City.  Just one year after we were married we spent two weeks at the center in New York working on the streets with Christians from all over the United States.

This center was started by Dave Wilkerson.   A pastor of a small church in Pennsylvania, in 1958, after he saw a photograph in Life Magazine of seven teenagers who were gang members and on trial, he felt led by the Holy Spirit to go to New York and share God’s love with them.  When he entered the courtroom and asked to speak to them, the judge had him removed from the courtroom.

His burden for the young people caught up in the gangs became so strong that he began a street ministry to the young in New York.  His work with the gangs was very successful and he founded Teen Challenge to continue that work.

His story was made into a movie The Cross and the Switchblade in 1970.  By today’s movie standards the movie itself would not measure up to the acting and directing skills of today.  But the message is powerful and if you have not seen it, I encourage to look it up.

We met each morning as a group sharing a simple breakfast and then a time of worship.  Afterwards we broke out into smaller groups of about twelve or fourteen.  We spent a few minutes sharing how things were going for each of us and then we hit the streets of New York.  We partnered with member of local churches as we walked the streets talking and sharing with those we met on the streets and in the subways. 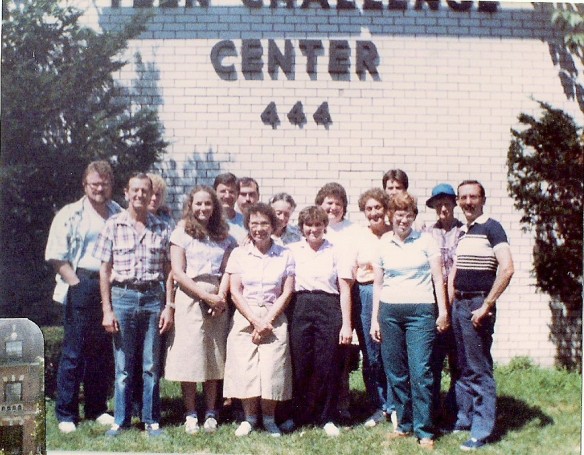 This was our team. 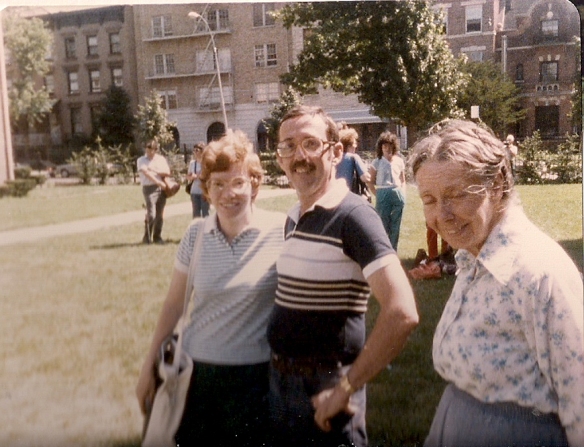 The city was near bankruptcy.  With the introduction of crack-cocaine, there was widespread drug addiction and violence.  Our team was told when we walked down the streets in Manhattan to always have the woman walk on the outside with the man next to the building entrances.  They said women had been pulled off the street into drug dens.  Some neighborhoods we entered we told to not take pictures because we might get shot for taking a picture of a drug deal going down.

Walking in Manhattan we saw signs like this everywhere. 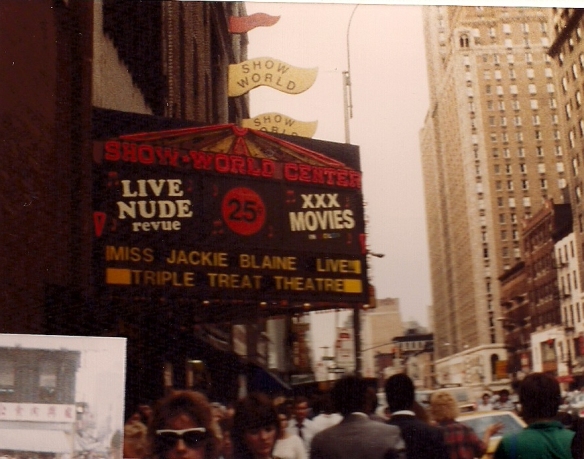 Stores like this were everywhere.  Our team moved among this neighborhood inviting people to our evening services.

My husband on the subway.  In the 1980s, over 250 felonies were committed every week in the system, making the New York subway the most dangerous mass transit system in the world. 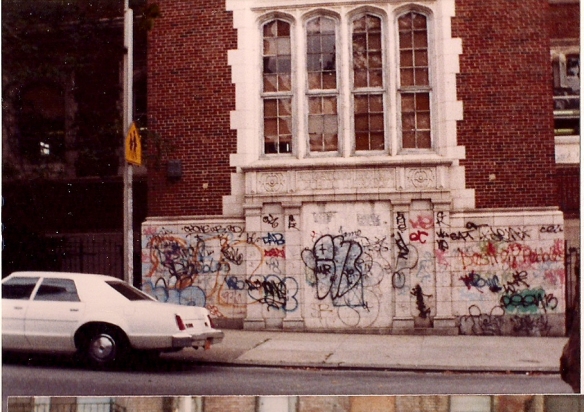 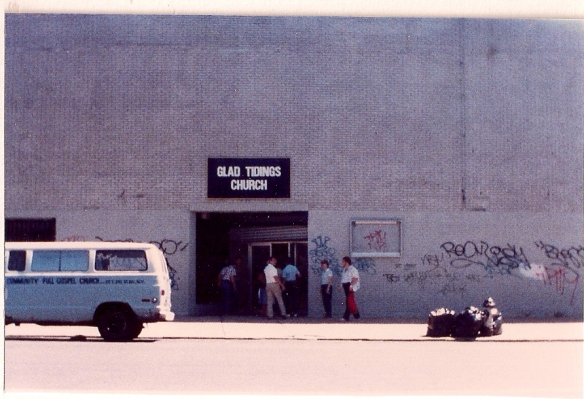 What was really sad to me was when I saw beautiful murals that the local population had painted – and they did not even respect their own community – but painted graffiti on the murals.

There were burnt out cars sitting on the streets and we often saw people sleeping in them. 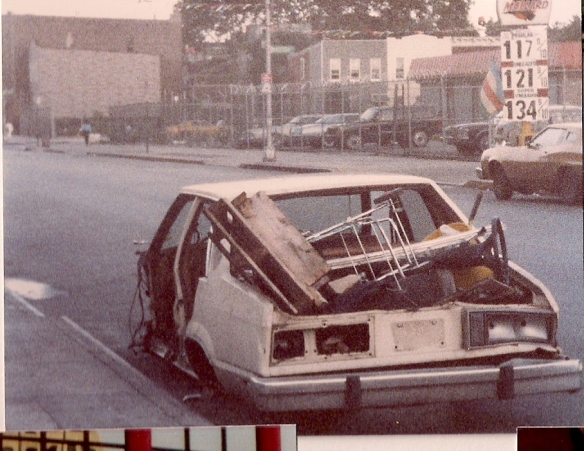 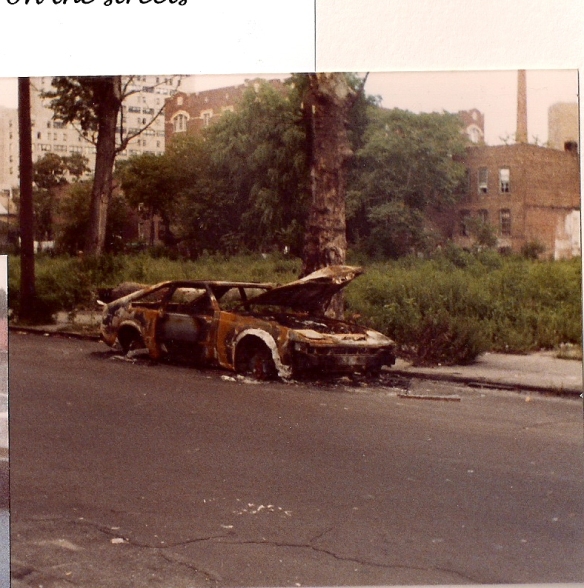 Each day we walked the streets in a different community and each evening we held street services in the area where we had spent the day.

And how did all this walking the streets, holding services, meeting the drug addicts and homeless people on the street work out?

We will never know for sure in this life.  There were many different reactions.

But then there were:

The years have gone by and we often wonder about some of those we talked to, shared that God loved them, that there was hope and offered help.  Where are they now?  Did they stay with the program, with the local churches?

We will never know in this life, but I think how awesome it would be to meet one of them in heaven some day and hear their story of victory over cocaine.

So thankful that New York City did finally clean up much of the city and I hear today it is a beautiful place to visit.  Doubtful that I will never get back, but thankful for the two weeks spent on the streets of New York City in the 80’s.