Every other Friday I go to a local assisted living facility and play for 30-40 minutes.  I play all kinds of music.  Old songs like “Take Me Out to the Ballgame” and “You are My Sunshine” get them singing along with me.  They love to listen so songs from old movies like “The Sound of Music” and “Exodus.”  The program is always ended with some old hymns, songs that only those over 60 even know.

Over the years as I have played in these facilities, perhaps the most requested song is “In the Garden.”  The song speaks of being with Christ in the garden but as I play it I envision the beautiful garden I had at my former home. 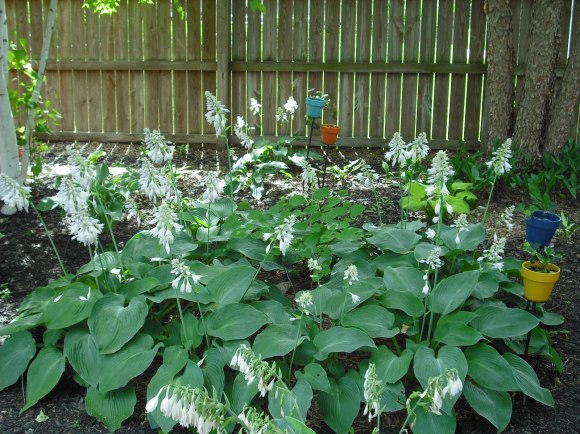 As I play for the residents of these facilities, some are very alert, sing along and truly enjoy the music.  Others are clearly struggling with physical or mental difficulties, and do not sing along but they clearly enjoy the music.  Then there are the few who do not seem to have any idea where they are or what is going on sometimes falling asleep as I play.

Yet I find those are the ones who are the greatest blessing to me when they do respond to the music.

Years ago my husband and I did a service at a nursing home in Edwardsville, IL.  One woman would be wheeled in by one of the nursing staff.  She sat with her head slumped to one side and appeared to have no idea we were even there.  But one Sunday we sang the old gospel hymn “There is Power in the Blood.”  Instantly this woman sat up, smiled and began singing along perfectly in a clear and beautiful voice.  As soon as the song was over, she slumped back down in her chair and appeared to once again have no idea where she was or what was going on.  Seeing this we sang that song every week and she always “came to life” at the sound of that song.

Today I saw that same thing happen.  One lady in the music room appeared to be totally unaware of her surroundings.  When I began singing “In the Garden” she came to life and sang in a VERY loud voice.

My heart sang with joy as I left the music center at the end of the program and headed down the hall to the front door.  She was sitting in the hallway just outside her room and I could hear her all the way down the hall as she continued to sing in a VERY loud voice “In the Garden.

There is magic in music.

“Music is the universal language of mankind.”
― Henry Wadsworth Longfellow

“Music is the literature of the heart; it commences where speech ends.”
― Alphonse de Lamartine

“My heart, which is so full to overflowing, has often been solaced and refreshed by music when sick and weary.”
― Martin Luther

4 thoughts on “The Power and Magic of Music”