Well it seems I am on a roll – memories of Christmas past just continue to occupy my mind – especially at bedtime.  Maybe it’s just that I am getting old.  Maybe it’s spending this Christmas in a new home in a new state far from what was familiar.

The memories are for the most part happy ones although the last post I made did include one Christmas that was sad and lonely.

Christmas Past – Laughing Through the Tears

Still, I’m thankful that the happy times far outweigh the sad ones.

For a girl growing up in the Midwest Christmas has always meant:

But I will never forget the one Christmas I spent without all the trees and decorations, without caroling, no cold temps and certainly no chance of snow.

I spent Christmas of 1991 at the beach on the island of Panay in the Philippines.

My husband and I had gone to the Philippines with our youngest daughter to teach in a Bible school.  While there we also spoke and often gave classes to the ministerial staff at local churches.  Our daughter began a Kids Klub with the local neighbor hood children.

I wrote about her experience there in:

The Piped Piper of Iloilo City

It never really felt like Christmas there.  The temperature was much too warm.  It was  lonely thousands of miles from our family.  There were few bright lights.  In the gated community where many of the other missionaries lived there were trees and lights.  But in our neighborhood no one could afford such luxuries.  Many of our neighbors did not even have electricity for any lights.  Most struggled to provide food for their families and there would be few, if any, presents and certainly no Christmas tree.

There were decorations in the stores downtown, but none like we were used to.  The mall downtown had some beautiful ones made from bamboo. 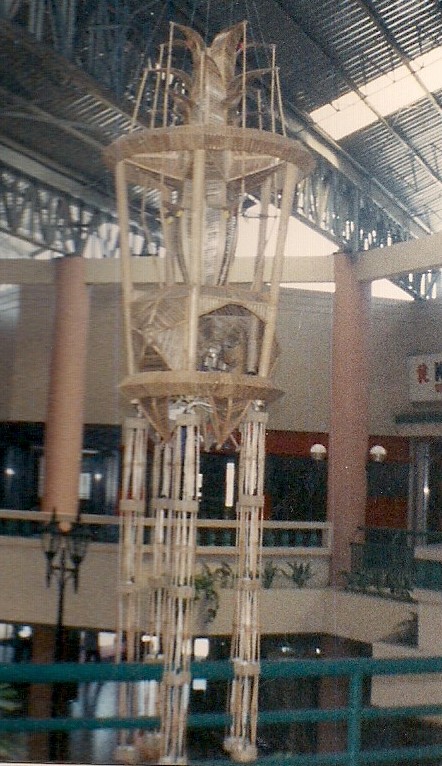 The only Christmas decoration we had was a nativity set we found at a local store.  It was amazing to us that even in the Philippines, the nativity set portrayed Mary, Joseph and the baby Jesus as white.  Clearly Jesus would have been dark-skinned like those from the Middle East but somehow we have made Him into an image totally foreign to what He would have been.

We held a birthday party for Jesus with the kids in the neighborhood.  We had a birthday cake, played games and had so much fun with the kids.  It was a joy to also share with them the story of the true meaning of Christmas. 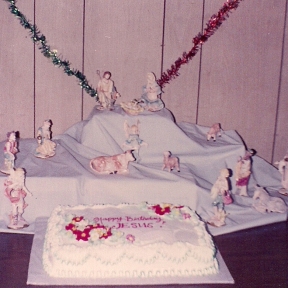 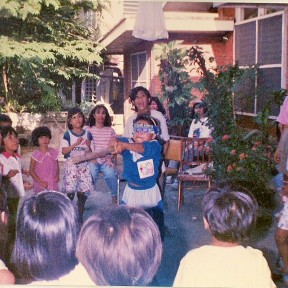 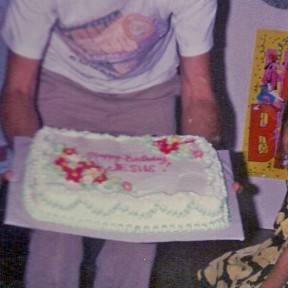 Christmas day we shared a picnic at the beach with another missionary couple from Norway.  Like us, it seemed strange to have no snow or cold temperatures.  As you can see, from the pictures, we really dressed up for the day.  NOT! 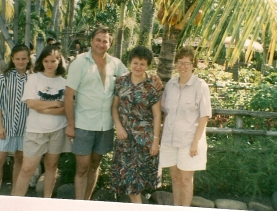 As I look at these pictures today I wonder where those children are now.  How many had the privilege of completing school?  How many even survived to adulthood?  It is my prayer that we did make a difference in their lives while we were there.

This year as we feel the cold temperatures, I do think how nice it was that year to enjoy sunshine and the ocean.  But I still am glad to be here with my family.  Wherever you are, whatever your Christmas is –

2 thoughts on “Christmas Past – Maligayang Pasko”