Last year my husband built our youngest granddaughter a tree house.  He called it “Odd Squad Headquarters” as she was a fan of the show at that time. 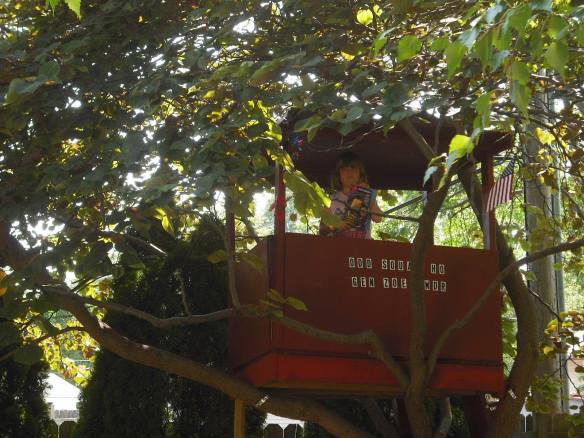 She was so excited and she spent the first day going up and down the stairs so much it made me tired just watching. 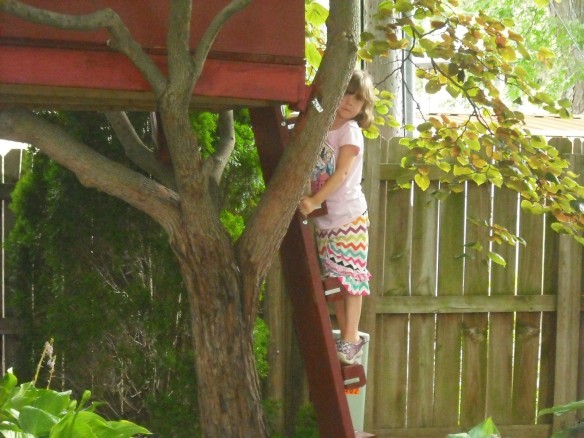 We celebrated the opening of Odd Squad Headquarters with a bubble display. 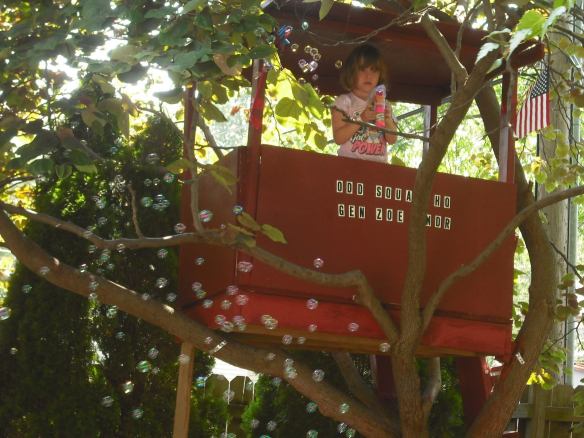 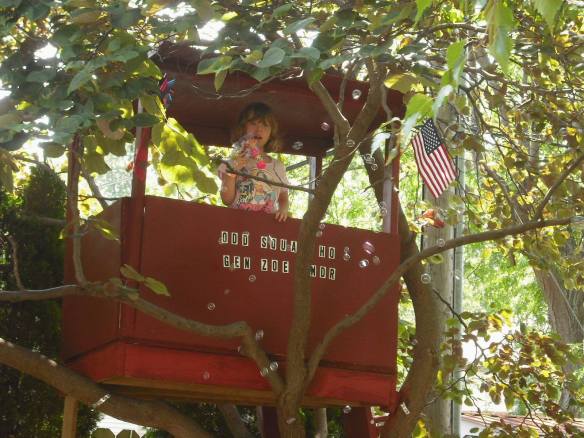 This was followed by a puppet show and then we read books. 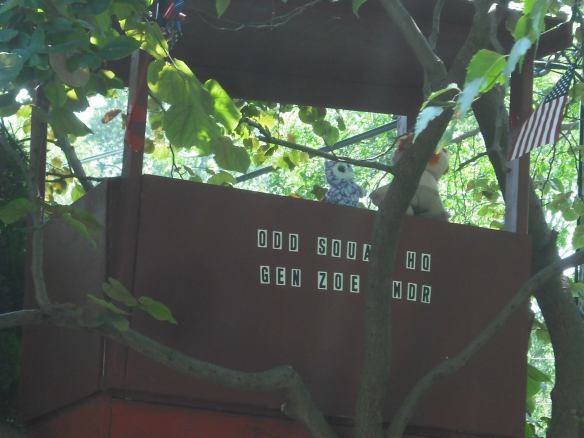 We even had visitors on this opening day. 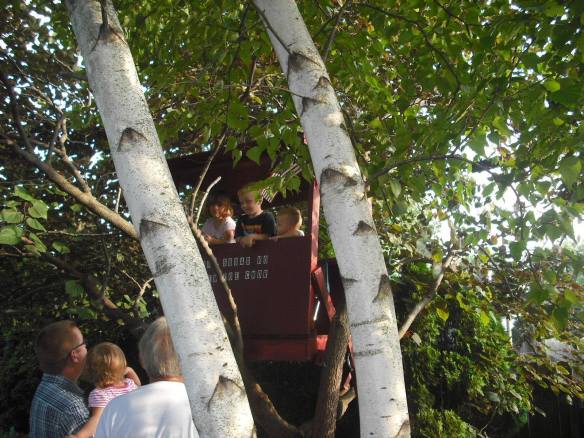 During the puppet show her Papa kept interrupting her and making silly comments.  Finally she told him he was kicked out for disorderly conduct and being a nuisance.  It was such a fun day – one we will always remember.

We ended the day with pizza before closing the Odd Squad Headquarters for the day. 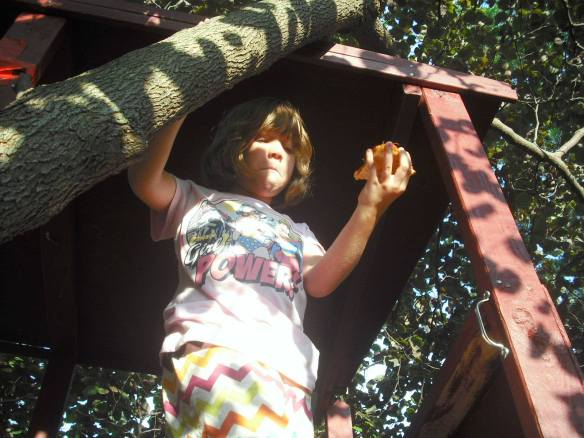 She wanted to sleep in the tree house but the old folks overrode that idea.  As we headed into the house for the night she informed us that she was staying for five nights and four days. Don’t think it’s because she loved Papa and Grandma so much as she loved the tree house!

Her Papa had anticipated several years of enjoyment for her in the tree house he built with such love.  However, this week she just moved with her parents to another state.

Although she was sad to leave the tree house, she has a plan!  She told her mother:

“Papa did a good job on the tree house.  But now that he has experience building tree houses, he will build me a new  one.  It will be much better than the old.  The old one was good but this one will be even better.”

Not sure what Papa will say about this but I think he needs to get busy with the blueprint for a new and improved tree house.

3 thoughts on “Wanted: A New and Improved Tree House”