A few years ago my husband and I took our granddaughter to a park by the Mississippi River near our house to feed the ducks.  Although she was only four years old she quickly realized we were only a few blocks from the John Deere Pavilion.  She loves this place with all the many tractors and farm implements

After feeding the ducks, we headed back to the parking lot and she asked me if we would take her to see the tractors.  I told her to ask her Papa.

When she asked him, he replied he needed to think about it for a minute.  After only 30-45 seconds, she looked up at him and said,

After pausing to laugh he told her we would go see the tractors.  After all, does Papa ever say no to this little girl?

Reflecting back on this day, I thought how quickly she wanted an answer.  Whether it would be the answer she wanted or not, she wanted an answer.  She would not be content with Papa not making a decision.  The opportunity to go to the Pavilion was there – but Papa needed to give an answer, not keep her in suspense wondering if she would get her request.

My thought then turned to times when God has asked me to make a commitment to something.  To follow Him down a road that I do not really want to go.

To love someone I feel has really hurt me.

To give up my own time to minister to someone.

To sacrifice my own finances to help someone less fortunate than me.

To simply obey and do what His word directs me to do.

How many times do I waver between doing what He is asking of me and what I want to do?

I wonder how many times He is patiently saying

Say yes or say no! 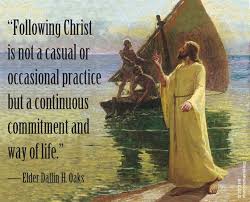 Yet how often do I say “yes” to God but then not follow through in obedience when it conflicts with my own desires or wishes. God’s Word reminds me that I must:

But be doers of the word, and not hearers only, deceiving yourselves.

I cannot say yes with my mouth but no with my actions.  It’s either yes or no.

That old saying is true:

If you straddle the fence at some point you will come to a fence post and have to get off on one side or the other.

Say yes to God and no to sin!