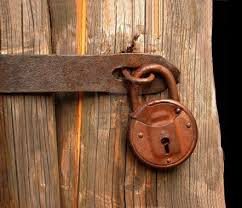 We talk a lot about the cross and how terrible the death of Jesus was.  The story of Peter’s denial of Jesus and the rest of the disciples fleeing from the garden where he was arrested are familiar to us.  It is good that we take time to reflect on the agony, the pain, the shame that Jesus suffered for us on that Friday.

Then we jump to Sunday morning and the wonderful fact of the resurrection!  The surprise, the doubt, the joy as they realized that Jesus was alive.  Again, it is good that we celebrate this tremendous event, this foundation stone of our faith.

Have you ever wondered what that Saturday was like for the followers of Jesus as they hid behind locked doors?  After the shock, the horror of his death, can you imagine the range of emotions they felt on Saturday?  Sad, somber Saturday!

Of course, there was the sorrow they experienced at the loss of their friend.  I cannot really begin to understand the pain his mother must have felt as she reflected on the suffering he had experienced.  Perhaps she could not even sleep, or fell asleep only to wake up from a nightmare seeing him once again being viciously beaten.

There must have been great confusion.  Questions as they remembered all the miracles he performed, all the parables he had told.  Wondering how he could have come to this end.  Had he not made tremendous promises?  Had he not proclaimed that he was the only way to God?  Had he not even raised a dead man after four days in the tomb?

There must have been great disappointment.  What were they to do now?  They had left their homes, their employment to follow him.  They had been so excited about the kingdom he would set up, even arguing over who would sit on his left and his right hand in that kingdom.

There must have been great fear.  Would the Romans come after them now?  How could they get out of Jerusalem and back to their villages and their old life safely?

Had they really heard Him?

We have the advantage of looking back on history, on knowing how the story turned out.  So it is easy for us to say, “Did they not really hear him?”  After all he had told them that he would be killed and would rise again on the third day.  Did any of them think about that and wonder if it could be true?

We have our Saturdays too

But before we berate them for not really hearing Jesus, not really understanding, not really believing what he said about his death and coming back to life, are we any different today?

When our Fridays of suffering and difficulty come and we face a sad, somber Saturday dealing with the problems we face, do we forget his promises?  He said he would never leave us.  He said we would have tribulation in this world, but to be of good cheer because in him we could overcome.  He said he gave us his peace, not the peace of the world, but that peace that comes from knowing who is in control.

Today, before I rejoice at the resurrection, I ask God to help me in my times of sorrow, confusion, disappointment and fear.  I ask him to remind me that Fridays come and we have sad, somber Saturdays dealing with the problems of Friday, but for the child of God, Sunday is always on the way!