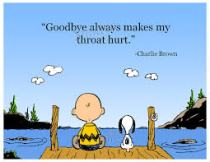 Today my husband and I visited an old friend to say goodbye.  In the final stages of cancer it appears he only has a few more weeks to live.  This friend was first my husband’s friend.  They met when my husband stopped at a restaurant owned by this man.  The restaurant was halfway between our home and the church where my husband was the pastor.  Driving back and forth between the church office and our home every day, my husband often stopped in for lunch.

My husband and Richard shared the same sense of humor.  They loved to play golf together although from the tales they tell me I am not sure just how good they were at that game.  But they had a lot of fun and shared silly jokes with one another.

Richard was a true friend.  When I was diagnosed with breast cancer, my husband was so distraught.  The day of my surgery Richard came to the hospital and stayed in the waiting room with my husband until I was safely out of surgery.  At that point he became my friend also.  Every time my husband had lunch at his restaurant, Richard would ask “How is your bride?”

Eventually Richard sold his restaurant but continued there as manager.  After my retirement I often joined my husband and Richard for breakfast there.  They kept me laughing so hard as they traded one silly story after another.

About two years ago Richard shared with us that he had cancer.  He was optimistic saying his cancer was a slow-growing one and he would probably die from something else before the cancer got him.  My own story was an encouragement to him.   (See my story at Life — What a Wonderful Gift!)  When I had my battle with cancer, the doctor had not given me much hope for survival.  Yet here I was still alive and cancer-free.  To be honest, I was not too much concerned because I truly thought this slow-growing cancer would not take his life.

Time passed, Richard began to grow thinner.  Complications set in and he spent too many days in the hospital.  Still, I clung to hope.  I had beaten cancer and he would too.

But, for Richard, the battle appears over.  The doctor has taken him off all the medicine fighting cancer and is talking now about “quality” of life.  Hospice has been called in.

How do you say goodbye?

How do you tell a good friend goodbye?  Do you laugh and talk about all the funny and happy times you have had?  Do you rejoice in the hope that we as Christians have that it is not really “goodbye” but “see you later?”  Do you let him see the tears in your eyes as you contemplate life without him?

Realizing your own mortality!

And, to be totally honest, since Richard is the same age as my husband, it makes us realize that we are also in the that final stage of life.  So we ask ourselves some questions.  Do we have our house in order?  Are we truly ready to face our Savior?

Coming back home, we have mixed feelings.  Sadness, of course.  But also thankfulness for the time we had with Richard.  Perhaps most of all, a new determination to enjoy each day as we live it.

Enjoy the little things in life because one day you’ll look back and realize they were the big things.”    ― Kurt Vonnegut