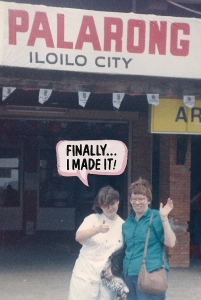 What happens when you take an American teenager away from her comfortable home and set her down in a totally unfamiliar environment?  That was the question my husband and I faced when our youngest daughter was 15.  We had a chance to move to the Philippines and teach at a local Bible school in Iloilo City. While we were excited about the opportunity, we had worries about the effect this would have on our daughter.  At the age when most teenagers are looking forward to receiving their driver’s license, having their first date and going to the prom, she would have to crowd all her personal effects into two suitcases and say goodbye to friends and the comfortable life she had known.  While she never complained, it was a scary and difficult move for her. 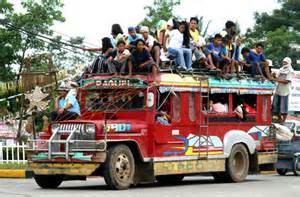 When the children in our neighborhood realized there was an American girl living at our house, they began showing up at our gate every morning.  At first communication consisted mostly of smiles and giggles as the children would come to the gate and then run away when Jessica approached – only to come back and repeat it over and over. 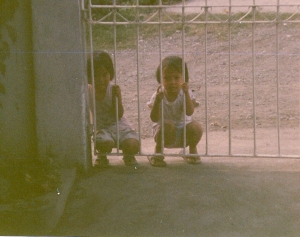 Slowly they stopped running away and Jessica began to try to talk to them.  The younger children only spoke the local dialect, Ilonggo, but the older children knew English and soon she was able to communicate with them.  Quickly she fell in love with these children with their bright smiles and beautiful eyes.  She no longer was lonely for whenever she stepped outside our gate into the dirt street in front of our house, she  was quickly surrounded by all the neighborhood children who followed her wherever she went. She taught them English and they, in turn, taught her Ilonggo. 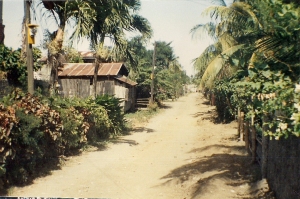 It became very obvious that she had a gift for reaching out to children even though they were different in culture, language and even skin color. She began a “Kids Klub” on Saturday mornings. Our home was filled with children as she taught them a song she had learned as a small child. 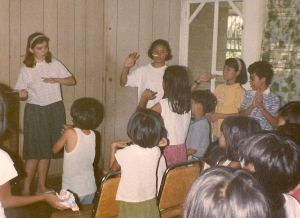 While Saturday was the “official” day for the kids, every day some would show up at our front gate calling, “Tia, Tia!” Tia was the name for “Aunt” and Aunt she became to all the neighborhood children. The other missionary children never left their home without a chaperone and their parents could not believe we let our daughter ride the public transportation by herself. But she was never really alone, because everywhere she went, the children went also. She was safer than the other missionary children because she was not considered an outsider, but one of the community.

When the time came to return to the United States, our daughter did not want to come home. Her heart was with the children. The time spent in the Philippines opened her heart to the children, especially those who were less fortunate than she was. Organizing and running a weekly Kids Klub gave her experience that she began to use when she returned home.  Years later, she continues to work with children, and continues to love them without regard to their culture, language or skin color.

Uprooting my teenage daughter from her comfortable life and setting her down in a totally unfamiliar environment – far from being a traumatic and unsettling experience was perhaps one of the best experiences she has had in life.

1 thought on “The Piped Piper of Iloilo City”